I posted a little of AMAL, my love story without a title but with a character with a great name, on my blog over at Madhuri Blaylock Writes a while back. It’s my first time writing a regular romance and even though the story has been bouncing around in my head for a hot second, the thought to actually write it down has not. Mostly because I’m a girl who loves her raunch with some magic, but Amal and her men are kind of fun and all kinds of dirty, so as long as they demand my attention, I’m going with the flow and writing their story.

Anyway, I figure today is as good a day as any to share a little more of Amal, Jackson, and Andrew…enjoy.

I saw her long before she saw me, mostly because I was looking, completely incapable of casting my glance anywhere but the door every time it opened. Dax was right, even from across the room, Jackson was a force to be reckoned with, stealing the show the minute he and Amal crossed the threshold. But she was just as brilliant, possibly even more so in her slight hesitance and discomfort with the introductions and salutations. She smiled and laughed and charmed everyone Jackson knew, but here and there her jaw would clench or she would glance around as if somewhat bored by the fuss and in those moments, I knew she was here, at this party, by his side, for him and him alone. That she loved Jackson so much she willingly slogged through the inanity of the bourgeousie because it mattered to him.

I wondered if he knew what a lucky fuck he was?

Maybe he did, but most likely he was past the point of such ruminations. I did my research, Amal and Jackson had been a couple for more than three years, with some slight breaks here and there, but always coming back to one another. So yeah, I’m sure once upon a time he viewed her through the same prism as I, but based upon his body language with the attractive older woman who couldn’t stop touching him and fawning over every word he uttered, I gathered Amal was no longer the center of his everything. Not that Jackson didn’t love her, but he probably loved himself a little more.

“Has no one ever told you it’s incredibly rude to gawk at another man’s woman?”

Laughter and a smack on the back brought me face-to-face with one of my oldest friends, Philippe Narcisse, Afro-French beautiful bastard but for the gash running down the side of his face, care of a terrible childhood car accident. We met during a skateboard camp in London the summer we turned twelve and had been thick as thieves ever since. While I was busy learning the ropes at Maynard Brothers, he was running one of the most successful custom tailors in the city. Bespoke was that motherfucker’s middle name.

“Fuck you,” I tossed back the remains of my whiskey and set the glass down on the bar.

“You mean fuck her,” Philippe laughed and ordered a scotch, “and if you don’t, goddamn, I will.”

I raised a brow and shot him a look.

“You’re taken,” I informed as I brought another whiskey to my lips, “and last time I checked, so is she.”

“Yes, yes, so I’ve heard a million times since she walked into the room,” Philippe cast a glance Amal’s way, his eyes resting on her ass because seriously, how could they not, “apparently, she doesn’t do these things. Ever. But she’s here tonight and for some reason it’s a big, fucking deal.”

Philippe laughed mischievously before adding, “I don’t care why she’s here, I’m just glad she is because fuuuuuuck, that ass makes me think some wicked shit. I’m not even an ass man and she’s got me wanting to put my face all up in her shit.”

“All right, all right,” I glared at my friend and he grinned.

“I knew it, Maynard,” Philippe tossed his head in Amal’s direction, “spit it out. I know you, motherfucker, and I know you know her.”

“I don’t know her any more than you do.”

“You cannot bullshit a bullshitter,” Philippe raised a brow in my direction, “I want the story, with all the juicy bits, like how that ass feels when you’ve got your hands all over it.”

Philippe leaned back on his heels, studied me for a second, then burst into deep peals of laughter, so loud several heads at the bar turned our way, curious as to his amusement. I tossed back my whiskey and ordered another, amusing my friend even further. He smacked me on the back again and kissed my cheek, long and loud and sloppy.

“I believe one Amal Naipaul has gotten under the skin of New York City’s most eligible bachelor,” Philippe grinned, “so as much as it pains me, in respect to you and because I love you like a brother, I shall cease making filthy cracks about her splendid ass.”

“I’m certain the very lovely Sylvie, who last time I checked is your very devoted and stunning girlfriend, would love to hear all the filth escaping your lips concerning a certain derriere.”

Philippe stole another glance at Amal and sucked in his breath, “mais oui, Sylvie would love to hear it and then join in my admiration, being the ass woman that she is.”

I couldn’t help but laugh. He was incorrigible.

“For the record, her name is Amal Warrier Naipaul,” I tipped my drink in his direction and smirked, “and she is the most stunning woman ever created.”

Philippe let my words sink in for a second, took a sip of his drink, and shook his head while shaking a warning finger in my face. I pushed his hand away and waited for whatever advice I knew my friend could not help dispensing.

“Did you fuck her, Andrew?”

He squinted his eyes and waited, as if by doing so he could tell whether or not I was being truthful. “Did you think about fucking her?”

“The second I saw her and every second afterwards,” I admitted to him and myself, “until I learned of Jackson. And then I forgot her.”

“Now you’re lying, Maynard,” Philippe squeezed my shoulder affectionately, “no one forgets an ass like that. But if you didn’t fuck her, what’d you do? Dinner? Drinks? Spill it.”

“Just a chat, and if I’m being honest, it probably didn’t last longer than five minutes.”

“Longest five fucking minutes of your life, my friend,” Philippe noted, “that much’s written all over your face.”

I started to protest when long, lean, arms circled my waist and warm lips pressed to my neck. Sylvie. Only Sylvie could make the simplest hello so goddamned sexy.

“Mon cher,” she whispered in my ear as she ran a perfectly manicured hand down Philipp’s arm, “my two sexies…the things we could do together,” she whispered as she slipped between us and settled herself onto Philippe’s lap. He pulled her close and sucked on her ear while Sylvie practically purred in delight. It was sensual and endearing and so very Philippe and Sylvie.

“With Amal’s name on it? Happily,” Philippe joked and immediately pricked Sylvie’s interest, something I knew he intended.

“Amal?” Sylvie’s eyes widened as she played with the rim of her champagne flute, “as in Naipaul? As in Doctors for Hope?”

“As in Jackson Davis’s girlfriend,” Philippe added with a laugh.

Sylvie rolled her eyes as she kissed his cheek, “ignore him, Andrew, he’s a horrible gossip and probably loves the fact you haven’t been able to take your eyes off that woman all night.”

And now it was Sylvie’s turn to look rather impish and incorrigible.

“Fuck both of you,” and they laughed as Sylvie pulled me close for a kiss.

“She is lovely and her behind has me captivated,” Sylvie whispered in my ear, “but she is very taken and he is very tall and incredibly strong and impossibly fuckable. Just please watch your heart,” and she kissed me again before leaning back into Philippe’s embrace.

I touched her furrowed brow as if to smooth it out and smiled, “you have nothing to worry about, Sylvie. My heart is as cold and dead as ever.”

It’s raw and needs some serious editing, but it’s getting there. I love Philippe, just haven’t decided how large a role he’ll play. The way I do things, those kind of details work themselves out as the story progresses, so we shall see. Fingers crossed for Mr. Narcisse.

Also, Andrew is totally David Gandy, mostly because this is my story and Andrew is my character and god, if I don’t LOVE me some David Gandy. Don’t even try and act like you mind…you know you don’t. 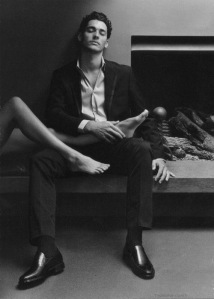 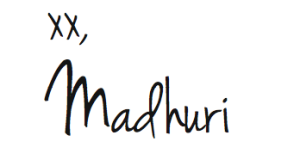